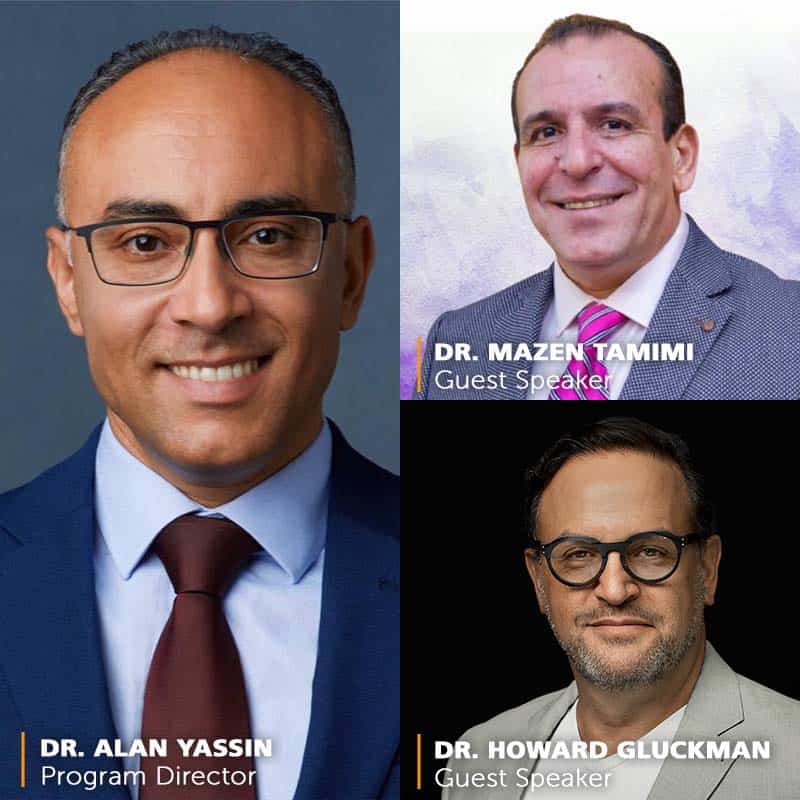 The course will take place on three days with a full day of lecture, full day of hands-on and surgeries, and a third day with live surgeries. 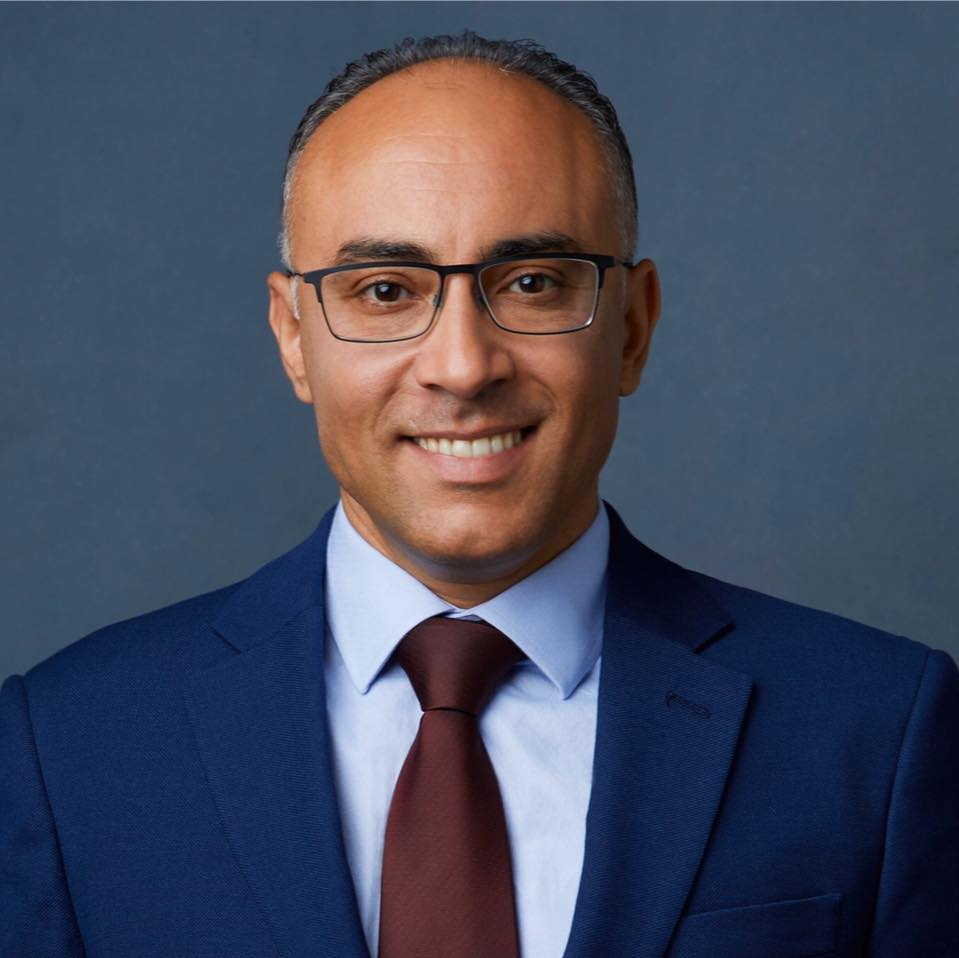 Dr. Yassin is a dual trained dentist in both Periodontics and Oral & Maxillofacial Surgery.

Dr. Yassin holds a teaching position at the University of Washington as an affiliate clinical assistant professor. He is also the Program Director and founder of the Implantology program of the Washington Academy of General Dentistry since 2018, in addition he actively lectures at national and international conferences and symposiums on the subject of implants and advanced esthetics/periodontal plastic surgery, in addition to rigorous online courses and webinars. He has a private practice limited to periodontics, oral surgery, and implant dentistry in Seattle, Washington. 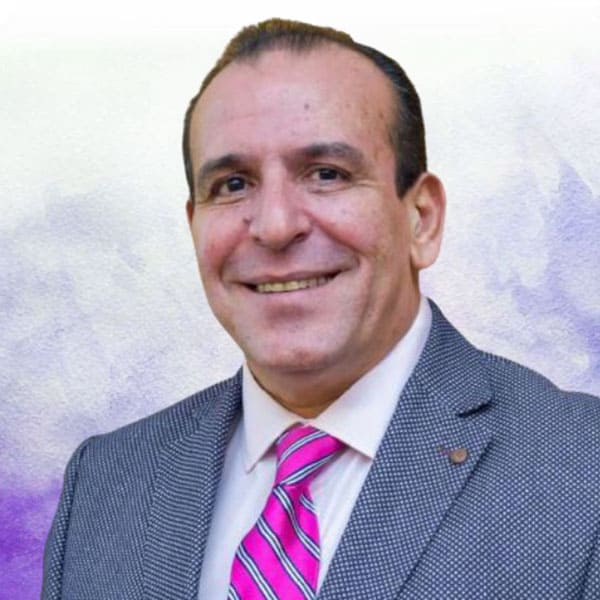 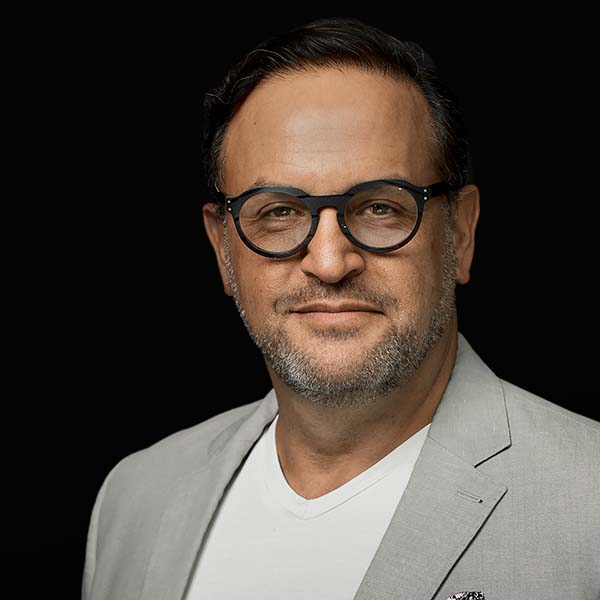 Dr. Gluckman is an internationally renowned dental practitioner, implantologist, author and lecturer who has been in the industry for nearly three decades.

Eager to shape the industry and help others expand their knowledge, Dr. Gluckman became instrumental in the development of the University of Stellenbosch and the University of the Western Cape’s postgraduate Implantology Diploma.

In addition to running his full-time private practice in Cape Town, Dr. Gluckman is also the co-founder and director of the Implant and Aesthetic Academy (IAA). To date, it’s the only private postgraduate training facility of its kind. Over the last 15 years, the Implant and Aesthetic Academy has grown to become an internationally renowned institution that offers various accredited postgraduate dental courses throughout the year. What’s more, The IAA is recognized by Dentalxp as an accredited training facility for their online externship certificate programs. He also serves as one of the IAA’s senior lecturers.

Dr. Gluckman specializes in immediate implant placement/immediate load, soft tissue aesthetics and periodontal plastic surgery. He also has a special interest in autogenous bone augmentation, especially bone harvested from the palate (a new technique that was published on by Dr. Gluckman in 2015), and three-dimensional bone augmentation.

Furthermore, he is an expert in and thought-leader on Partial Extraction Therapy, including Socket Shield, Pontic Shield (a procedure he developed and published on in 2016) and Submerged Root Technique (the topic for which he achieved his PhD). 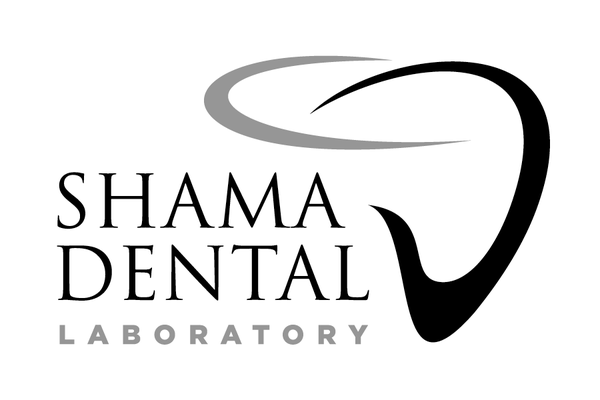